Download File
Overview of America - a movie about Forms of Government

Download File
Democrats & Whigs
Civil War Era
Reconstruction
Moving Forward
The Stavig Letters - A Documentary about the Immigration of Europeans to America!!!
The Gilded Age
The Business of America
Beginnings of the Modern Age
George Washington Carver
The Triumph of Progressivism
The Indomitable Teddy Roosevelt video 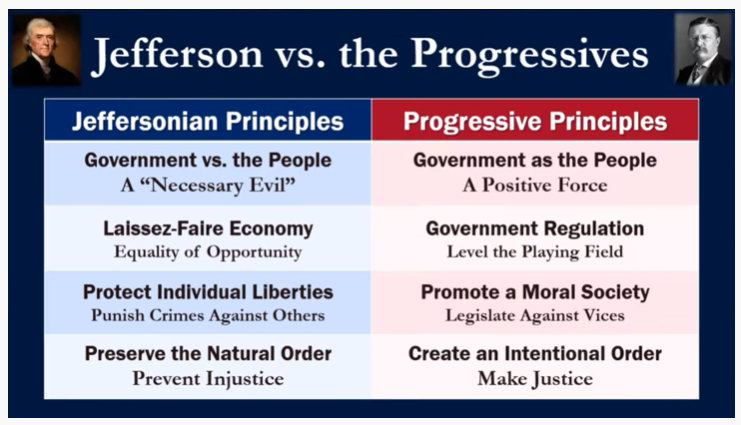 Download File
World War One
The Twenties
Calvin Coolidge
11 August 1924 on White House Grounds
"I want the people of America to be able to work less for the government - and more for themselves. I want them to have the rewards of their own industry. This is the chief meaning of freedom. Until we can reestablish a condition under which the earnings of the people can be kept by the people, we are bound to suffer a very severe and distinct curtailment of our liberty."
After years of progressivism and racism under Woodrow Wilson, the conservative rebound under Coolidge was refreshing!
"The suggestion of denying any measure of their full political rights to such a great group of our population as the colored people is one which, however it might be received in some other quarters, could not possibly be permitted by one who feels a responsibility for living up to the traditions and maintaining the principles of the Republican Party. Our Constitution guarantees equal rights to all our citizens, without discrimination on account of race or color. I have taken my oath to support that Constitution. It is the source of your rights and my rights. I propose to regard it, and administer it, as the source of the rights of all the people, whatever their belief or race."  (Calvin Coolidge, "Letter to Mr. Charles F. Gardner," Fort Hamilton, New York, August 9, 1924)
https://www.coolidgefoundation.org/resources/speeches-as-president-1923-1928-8/
David Pietrusza on Coolidge
Great Depression & New Deal
World War Two
FDR's Second Bill of Rights
Near the end of World War II, FDR proposed a "Second Bill of Rights" that would fundamentally transform the nature of rights. He believed that people should have rights to have certain things provided to them by the State!  (A right to get something from the government is a "positive right."  It means that others have a duty to provide something to you.)  This signaled a 180 turn from the Constitutional view of rights as articulated in the Bill of Rights.  According the founding principles, people have natural, inherent rights to life, liberty, and property, and the Bill of Rights was designed to protect people from the government encroaching upon these pre-existing, inherent rights.  (A right to be protected from encroachment is a "negative right."  It means that others have a duty to refrain from infringing on your life, liberty, or property.)
​FDR was proposing a new definition of rights that placed a duty on some to provide something to others.  Thus, FDR's approach involved a perspective toward rights that would deny some people their natural rights while providing nice things to others in exchange for votes.
1950s
1960s
1970s
Reagan Bush Era
Ronald Reagan
The Triumph of Progressivism - The culmination of Progressive education
Review of our whole year!
Back to Home