MRS. MUELLER'S WORLD!
Welcome!
Socialism - Personal Testimonies
Americanos: Maria Bello, Venezuela
"If we lose freedom of speech in America, then there is nothing left to fight for. Once we lose that, they're going to take everything away from us." When Chavez took power, Maria Bello’s family went from the middle class to standing in long food lines. Maria had never experienced freedom until she escaped socialism in Venezuela and came to the United States. Now she fights for freedom here by boldly speaking the truth about socialism—and how it destroys lives. Watch her extraordinary story of her fight for freedom.
Survivors of Socialism - Marina Davidovich and Saren Ath
Featuring Marina Davidovich and Saren Ath Survivors from communist Ukraine and Cambodia
December 2021
Escaping Mao’s Communist China
​Helen Raleigh LIVE at Freedom Unveiled Seminar 2022
Yeonmi Park - North Korean Defector Exposes Kim Jong Un & China
About the guest: Park Yeon-mi is a North Korean defector and human rights activist who escaped from North Korea to China in 2007 and settled in South Korea in 2009. She came from an educated, politically connected family that turned to black market trading during North Korea's economic collapse in the 1990s
North Korea Defector: How My Belief of Communist Regime Collapsed
Hyun Seung Lee | Focus Talk
Secret Worship: N. Korea Defector Tells of Survival
Some North Koreans have escaped from the Communist country and its human rights violations. Kim Eun Jin is one of those survivors.
Hyeonseo Lee: My escape from North Korea | TED
As a child growing up in North Korea, Hyeonseo Lee thought her country was "the best on the planet." It wasn't until the famine of the 90s that she began to wonder. She escaped the country at 14, to begin a life in hiding, as a refugee in China. Hers is a harrowing, personal tale of survival and hope -- and a powerful reminder of those who face constant danger, even when the border is far behind.
​12 minutes
Holocaust Survivor Forgives Through Her Hope in God
​National Socialism in Germany in the 1930s-1940s
I Survived The Holocaust Twin Experiments
​National Socialism in Germany in the 1930s-1940s
The Human Cost Of Mao's 'Great Leap Forward' - Mao's Great Famine
​Timeline World History Documentaries
Mao's Great Leap Forward can be summed up in one simple sentence: "everyone who survived knew at least one person who died."
The Victims of Socialism - George Harbison
Escaping Communism Seminar featuring George Harbison
December 2021
Communism in Cuba (John Suarez - Acton Institute)​
Communism took power in Cuba through deceit and intrigue in 1959. While Fidel Castro denied he was a communist, promising to restore democracy in the island, he began consolidating totalitarian rule and exporting revolution in Latin America and Africa. As the totalitarian dictatorship became evident, Cuba's democratic resistance defied the Castro regime in two phases: 1959-1966 (violent resistance) and 1976 - present (non-violent resistance). US Cuba policy would undergo dramatic changes between 1959 and the present with consequences for the entire hemisphere.
​John Suarez is the program officer of the Washington, DC based Center for a Free Cuba. He has been interviewed by TV, radio and print media on Cuba. Mr. Suarez is a human rights activist. He holds degrees from Florida International University and Spain’s Universidad Francisco de Vitoria. He has testified before the Inter-American Commission on Human Rights in Washington DC, the United Nations Human Rights Council in Geneva, and served as an interpreter for Cuban dissidents in Congressional hearings. Since 2009 he has maintained the blog, Notes from the Cuban Exile Quarter. He is a member of the Cuban Democratic Directorate (2002-present).
The Holocaust The New York Times Ignored
More Socialism Resources
World History Socialism Links 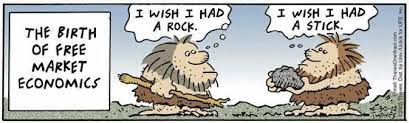