Download File
With the American Revolution, the colonists established a Republic that limited the power of the government.
​In marked contrast, the French revolutionaries ended up with a socialist oligarchy that controlled the lives of the citizens and tried to keep them in a state of TERROR.  The French "Republic" was not a true republic in the least. 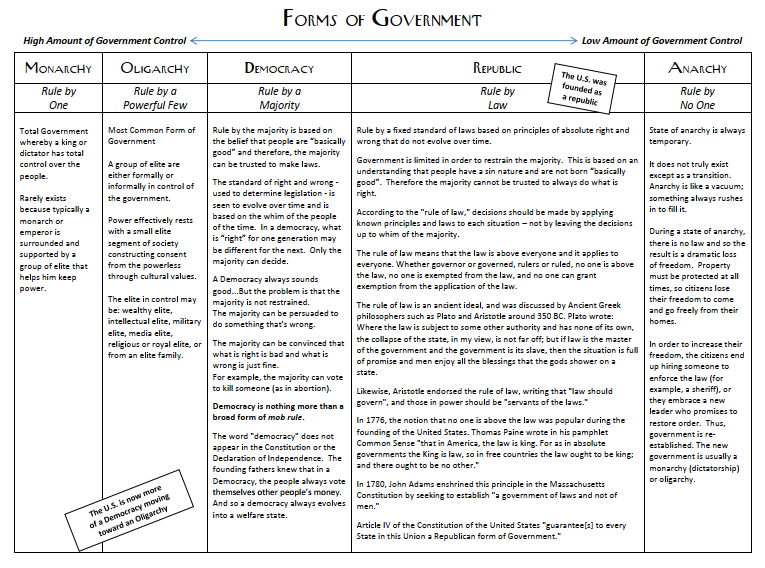